We starting off our third day with a long lie in. Not rising until gone 11am, we hopped on the metro and pulled up to ottaviano station, just five minutes walk to the Vatican museums entrance.

We pre-booked our tickets online and we highly recommend you do the same. There was a queue snaking well over 500 metres. And we were told by some relatively pushy tour sellers that it would take around 3 hours. So it’s good to be able to skip this entirely.

We were in characteristic Rob and Jenny style 2 hours early for our booked slot so we ambled through the streets which aren’t particularly romantic, more functional. And happened across a trattoria on the street corner where we could embibe and refresh. 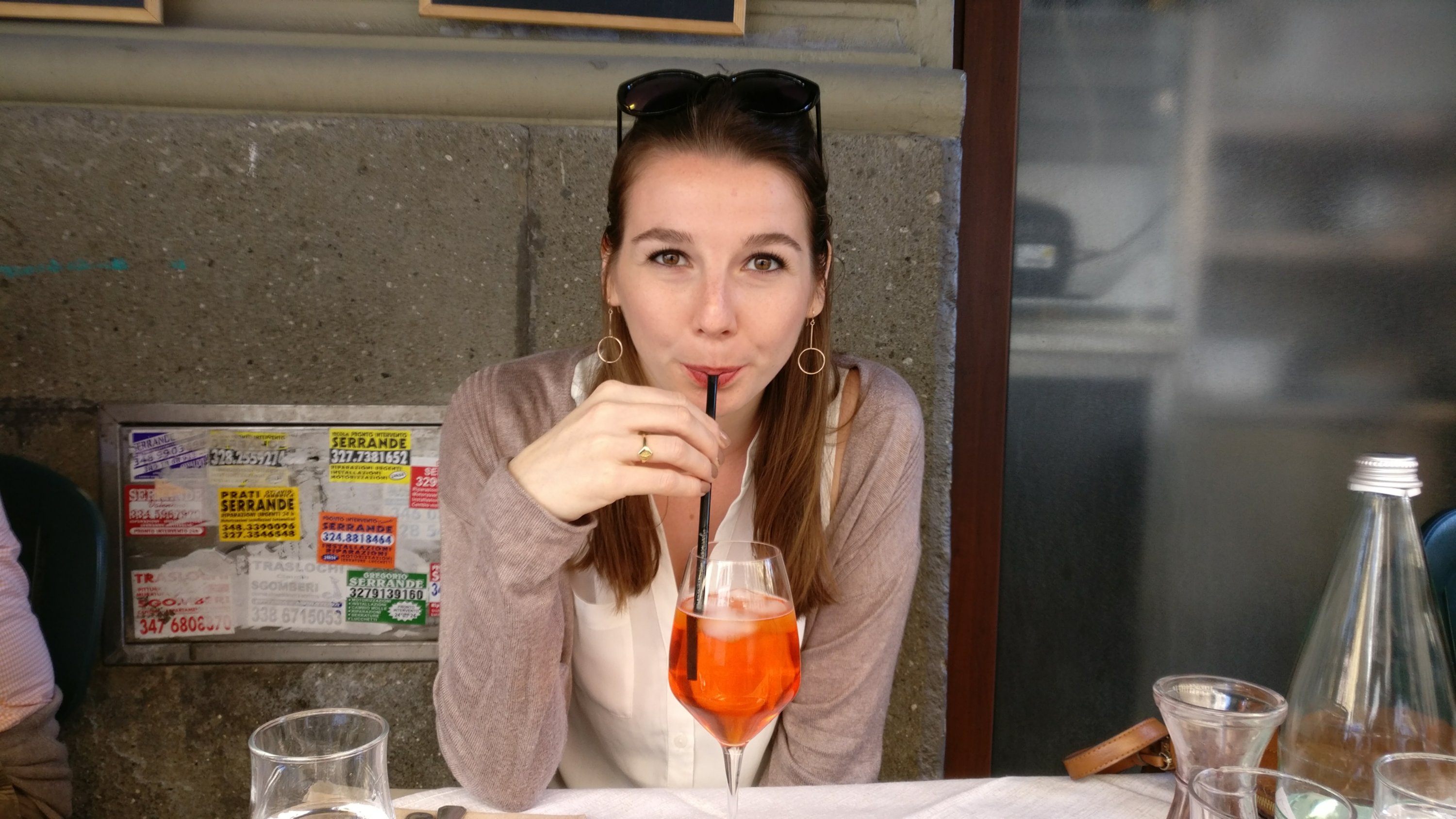 Jenny guzzled down an Aperol spritz, a firm favourite with the Watts women, and I managed a 1/4 litre of vino rosso della casa (house red). A Spaghetti Bolognese, Gnocchi alla Pomodoro, lemon meringue pie and tiramisu better satiated and we were on our way. 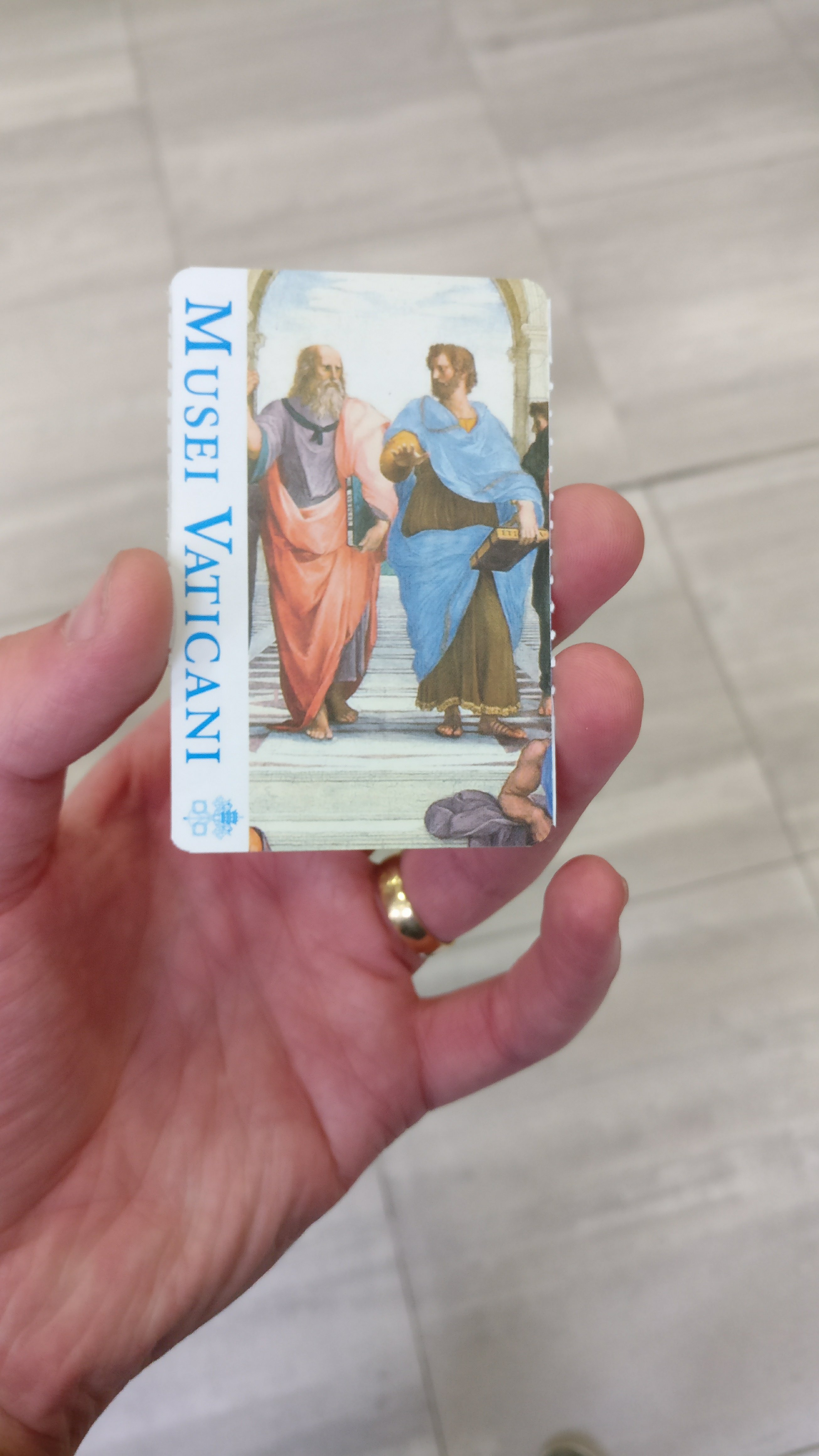 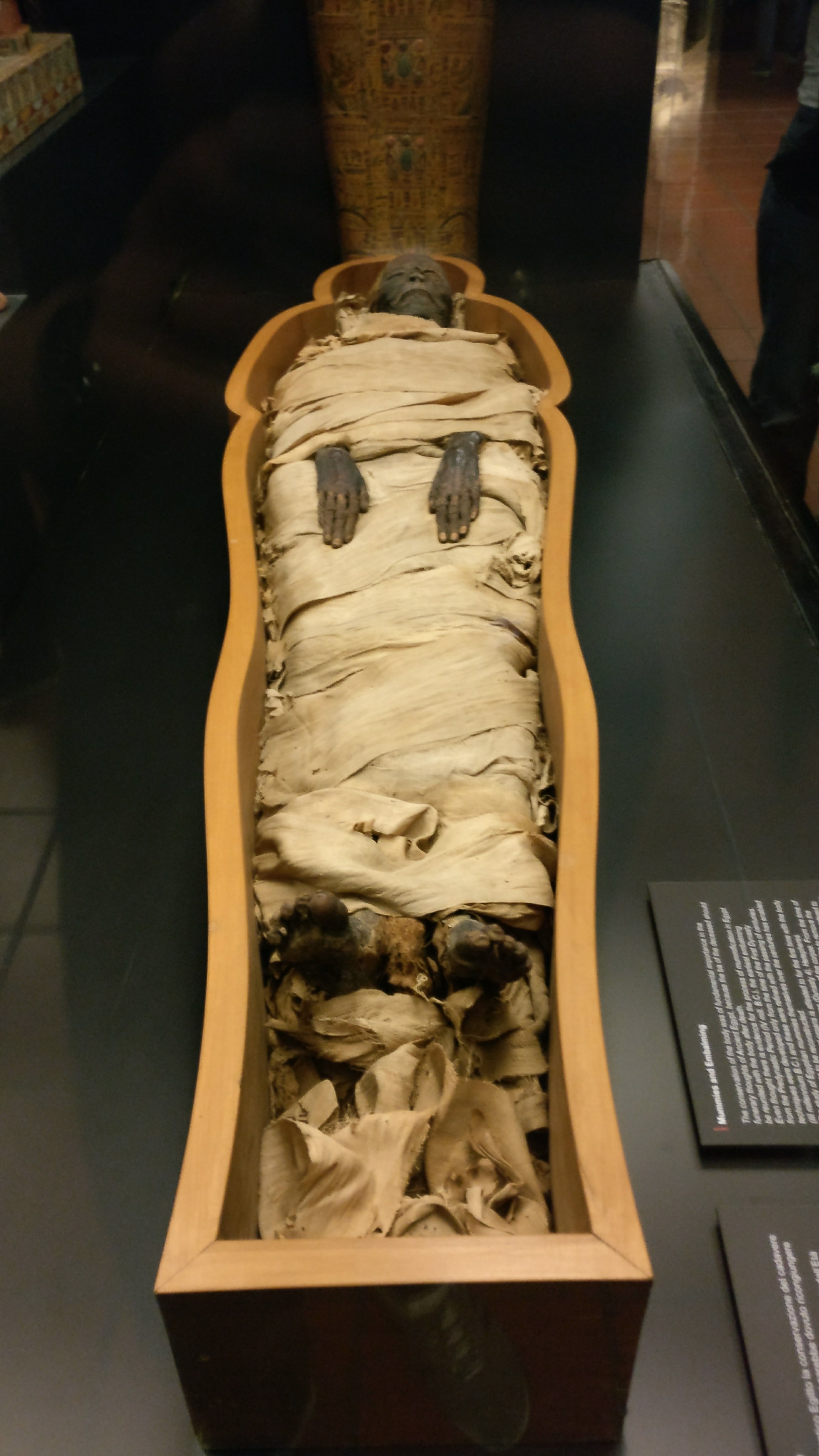 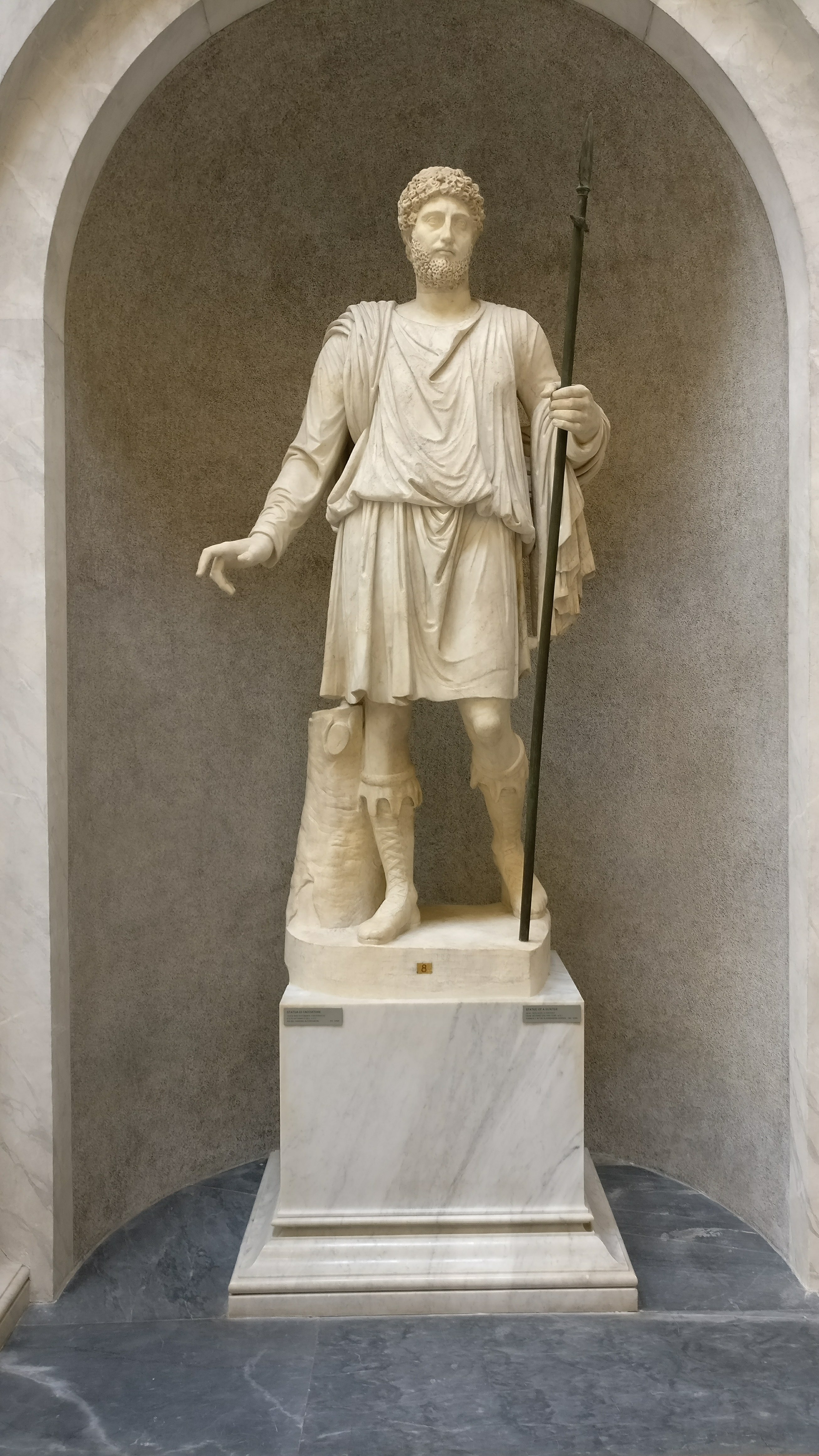 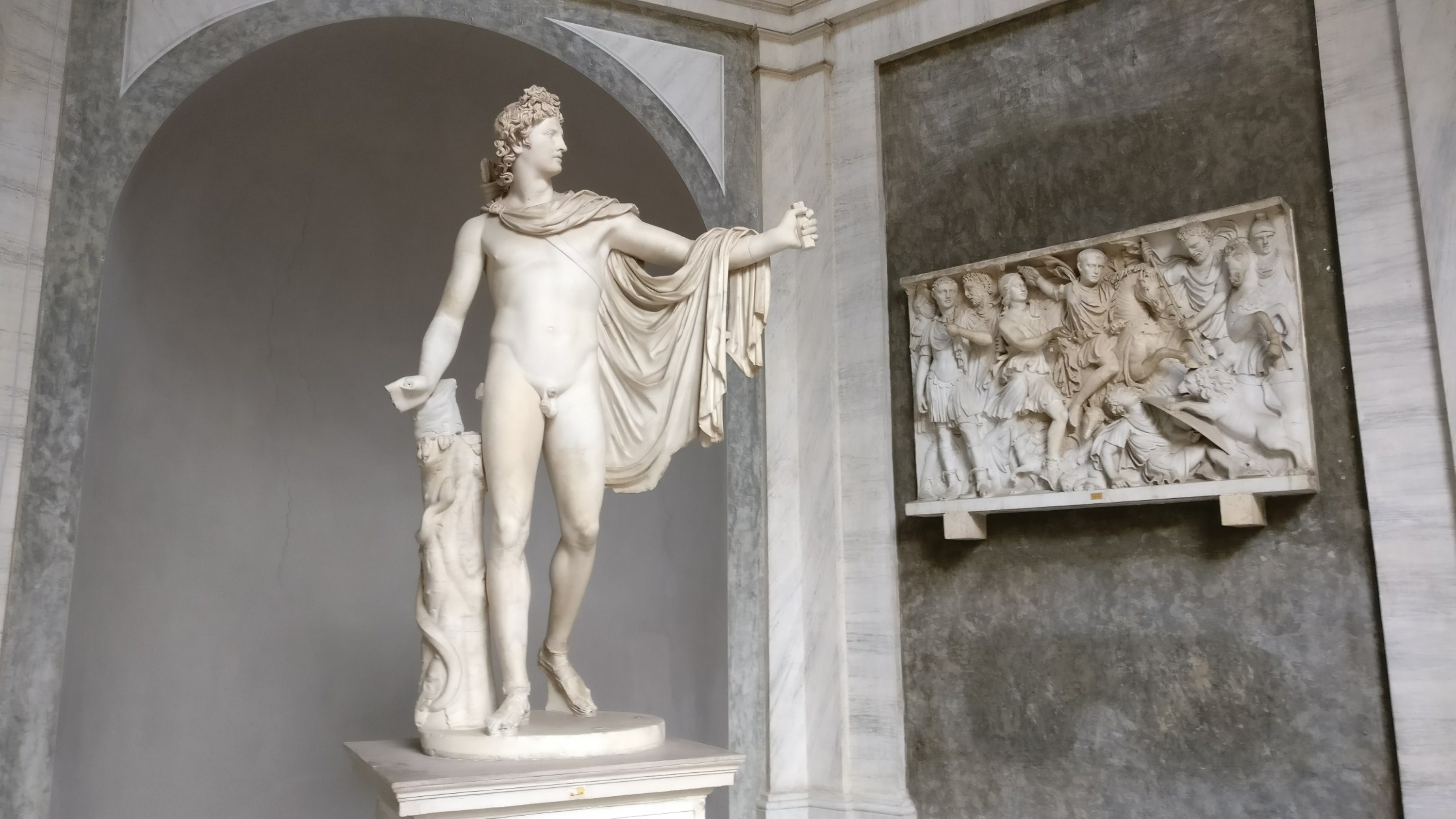 The Vatican Museums seem to be a selection of buildings in the grounds of Vatican city which, as far as I can gather have been changed, updated moved dozens of times over the years. There are many sections including stolen Egypt mummy and tomb remains, Roman copies of Greek sculptures and countless representations of Heracles.

There seem to be an endless stream of thousands of tourist groups from all over the world presumably lulled into a tour by the unbelievable length of the queue. 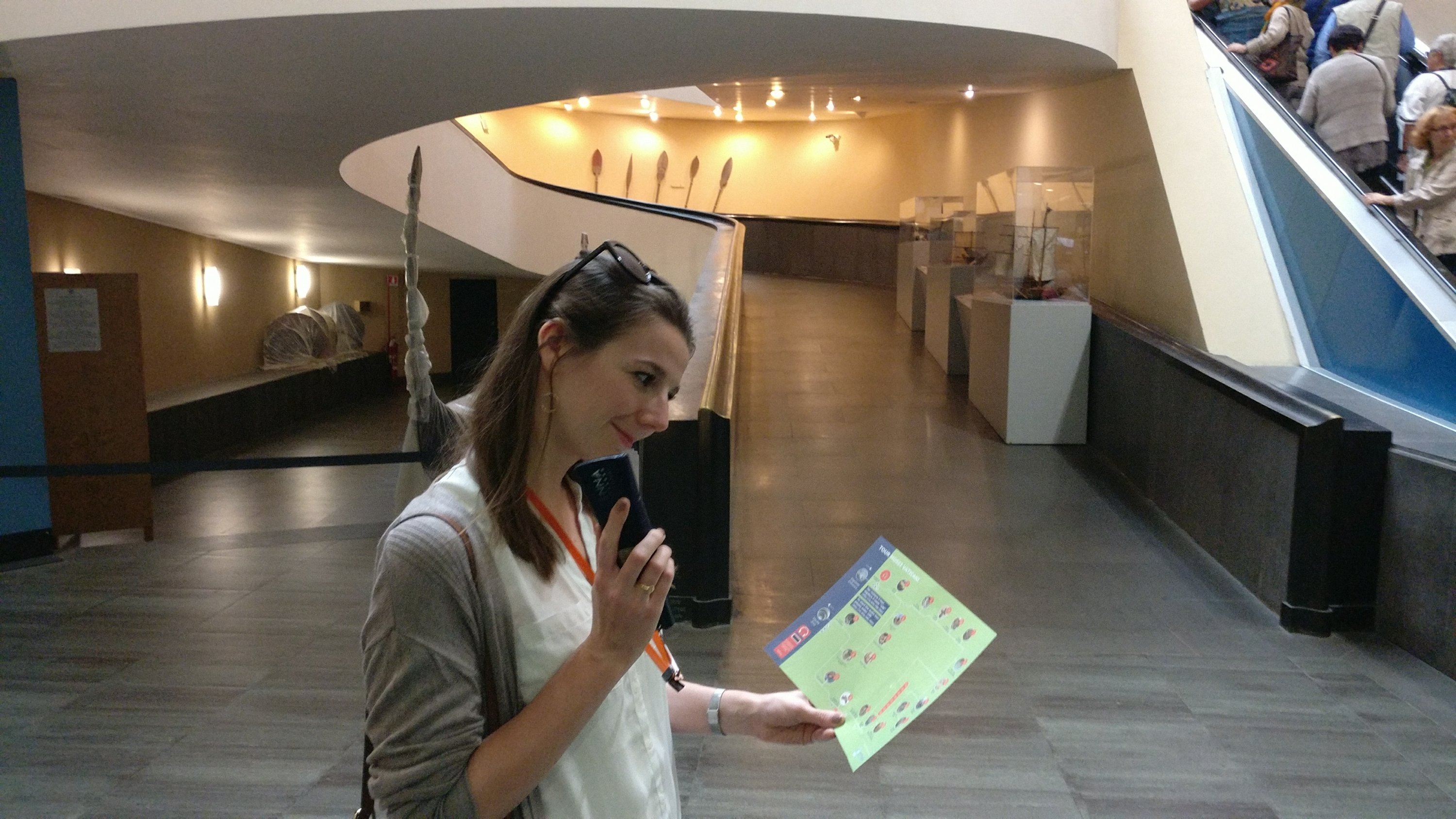 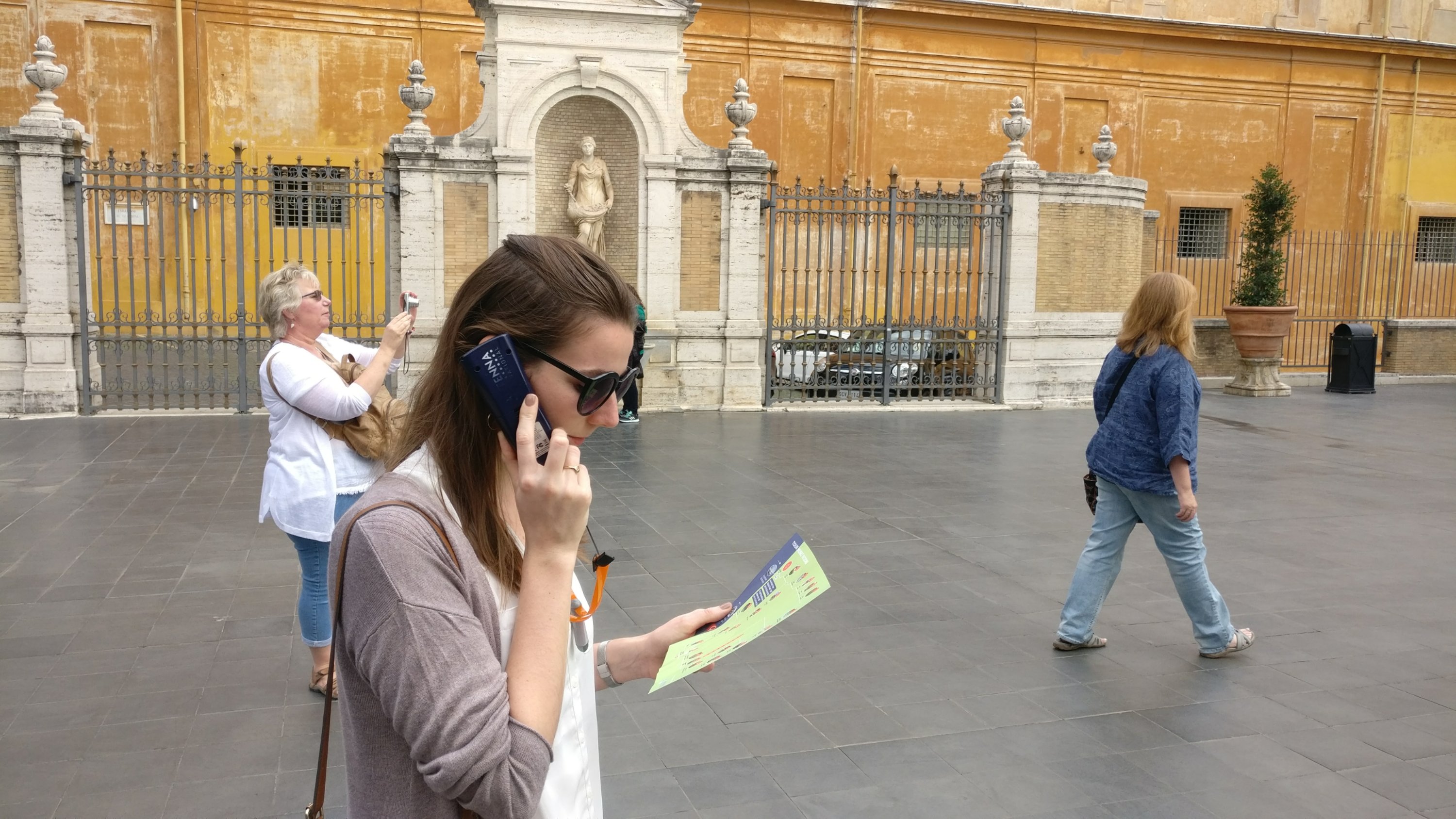 The audioguide attempts to explain items. And there aren’t too many points to stop off and listen which is helpful in keeping you moving. But it does assume you know a fair amount of detail on the former Popes or understand significant portions of the Christian faith.

Finally you arrive at the only thing 95 percent of the visitors wish to view, the Sistine chapel with its brilliantly painted wall and ceiling frescos. Those which ended up nearly being the death of Michelangelo.

You are funneled unceremoniously down narrow marble lined corridors and stairways with a crush of people in front to stop you moving and a torrent or people behind you to trigger your claustrophobia. Eventually the room presents itself and half a dozen guards proceed to simultaneously “shush” you,  command you to keep moving and clap at you to stop taking photos.

It doesn’t feel particularly sacred and you feel compelled to remain within the room for as long as possible after shuffling tirelessly around the remaining museum. The frescos are in my mind brilliant. But the atmosphere is not one of an art gallery for appreciation but more of a curiosity show at a fairground.

All in all, unless you are particularly fond of religious art or know a significant portion of the Catholic and Papal history the museum’s will be slightly pretty at best. Being released at the end (finding the exit was difficult) was the best feature and I have to say it is ticked off my list, but I won’t be going again. 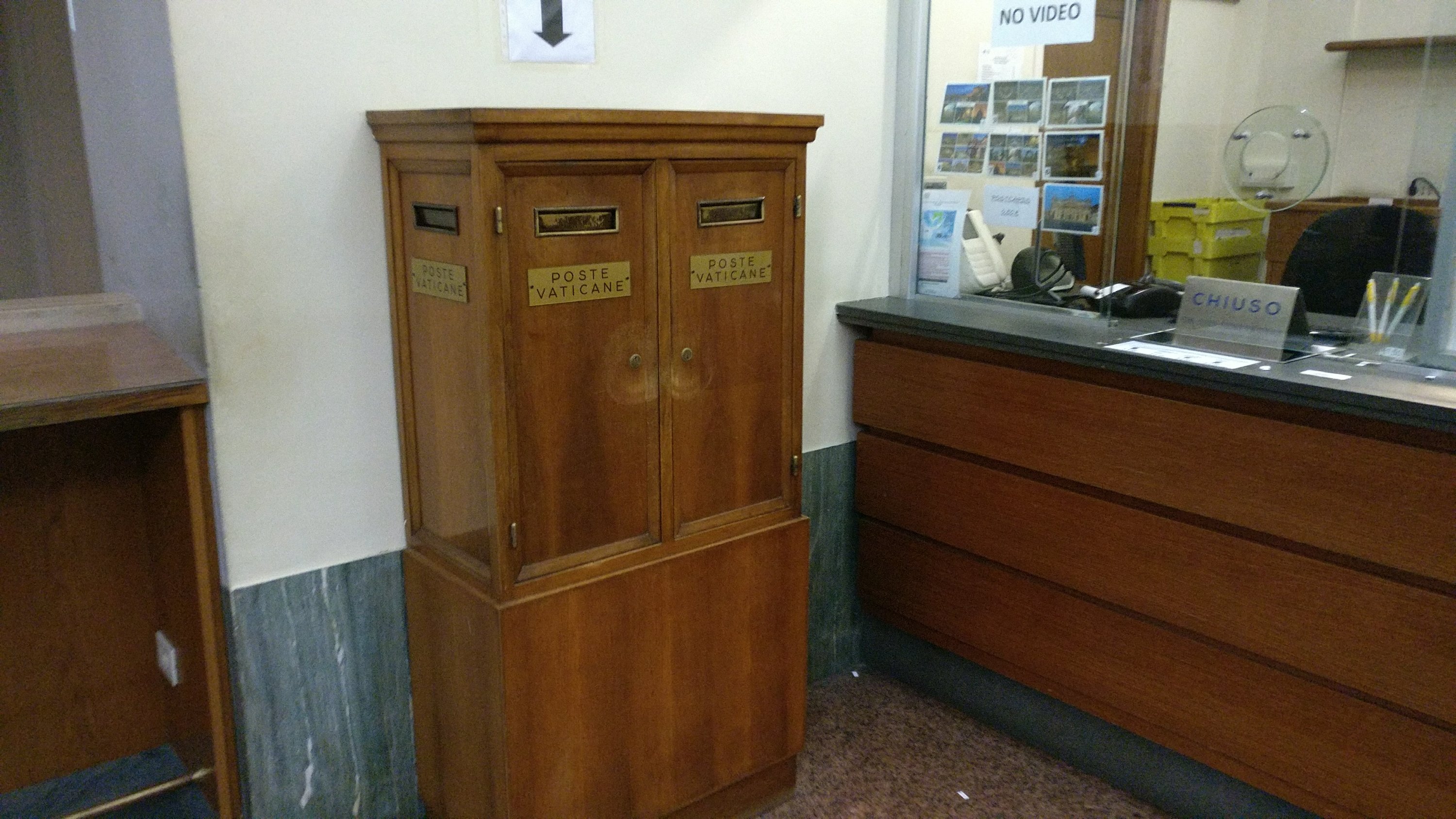 We did not send a postcard in the Vatican postoffice but it is a popular event and I have received a message from a relative previously which I have to say was quite a novelty to see the Vatican State postal mark. 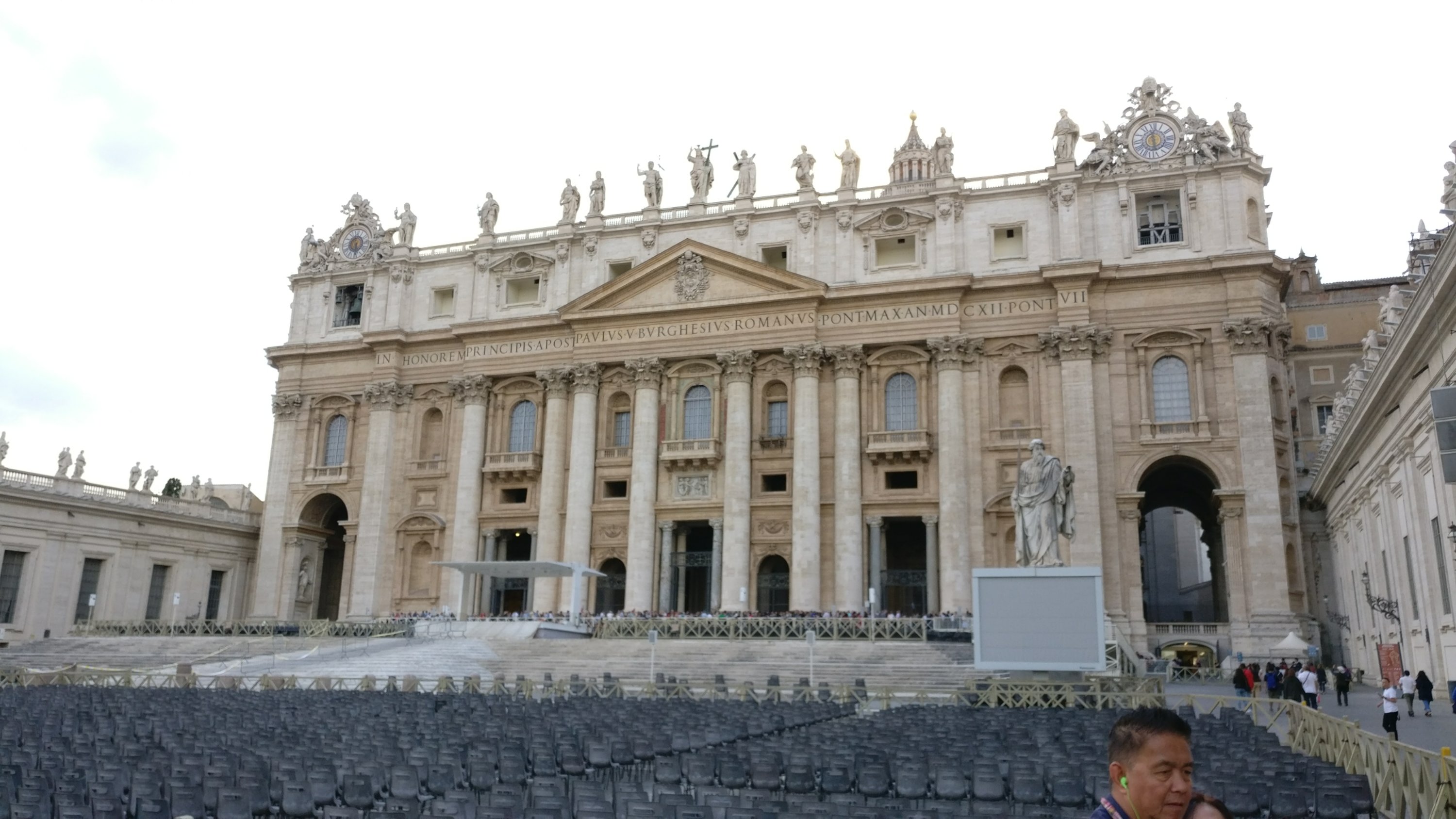 The other major attraction in the Vatican State is St Peter’s Basilica. Until recently the biggest church ever built it is the church of the Pope and it is here that addresses and sermons are given. 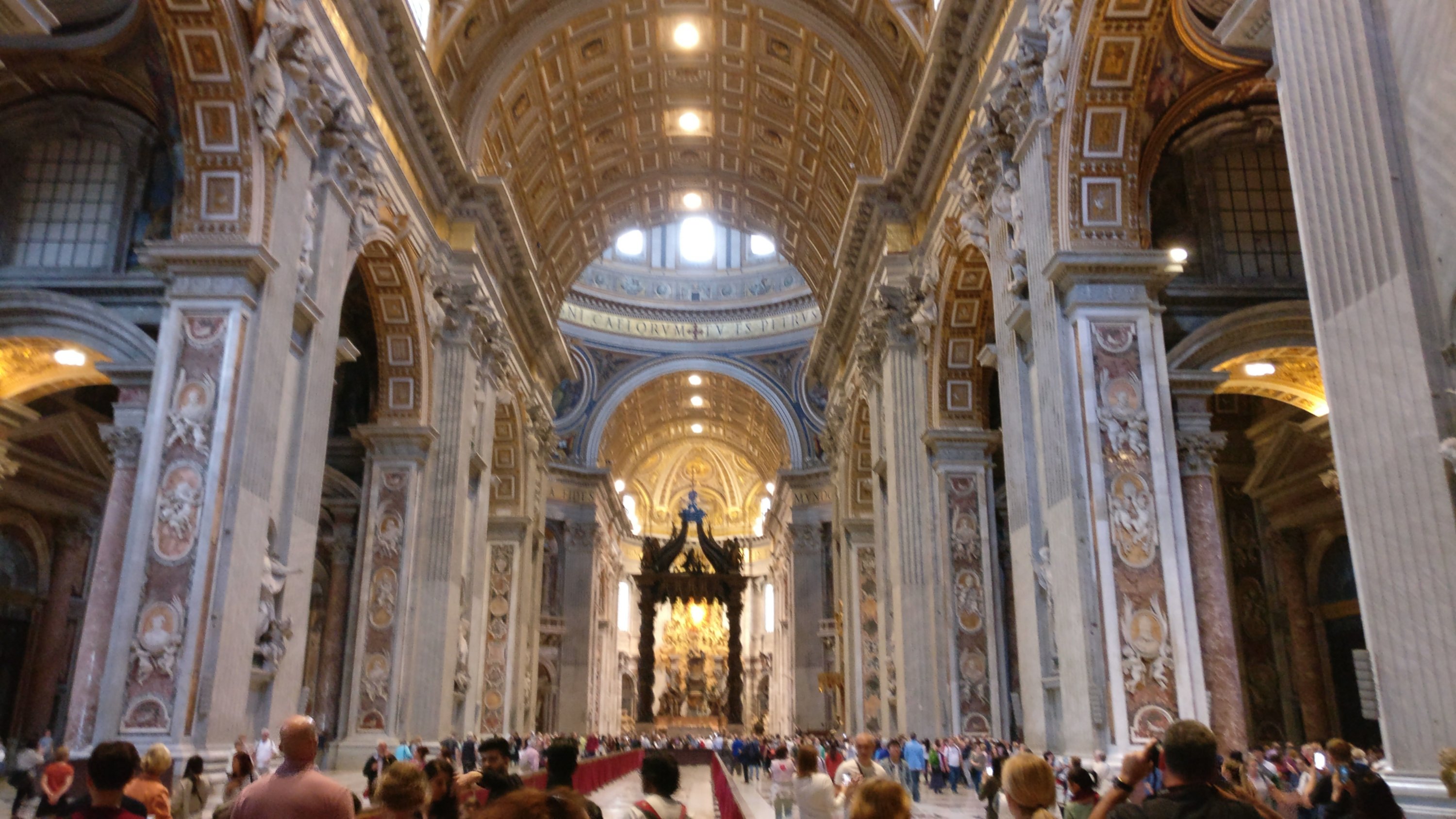 Inside is a magnificent marble triumph with columns, frescos, gilded edges and mosaic floors spanning wall to wall. As impressive as it is however this is not a museum and you are left guessing who the mummified remains belong to and why there are great sections which do not allow public access. In any case I would recommend a trip to the basilica to any Rome visitor. Entry is free and the security queue is quick. 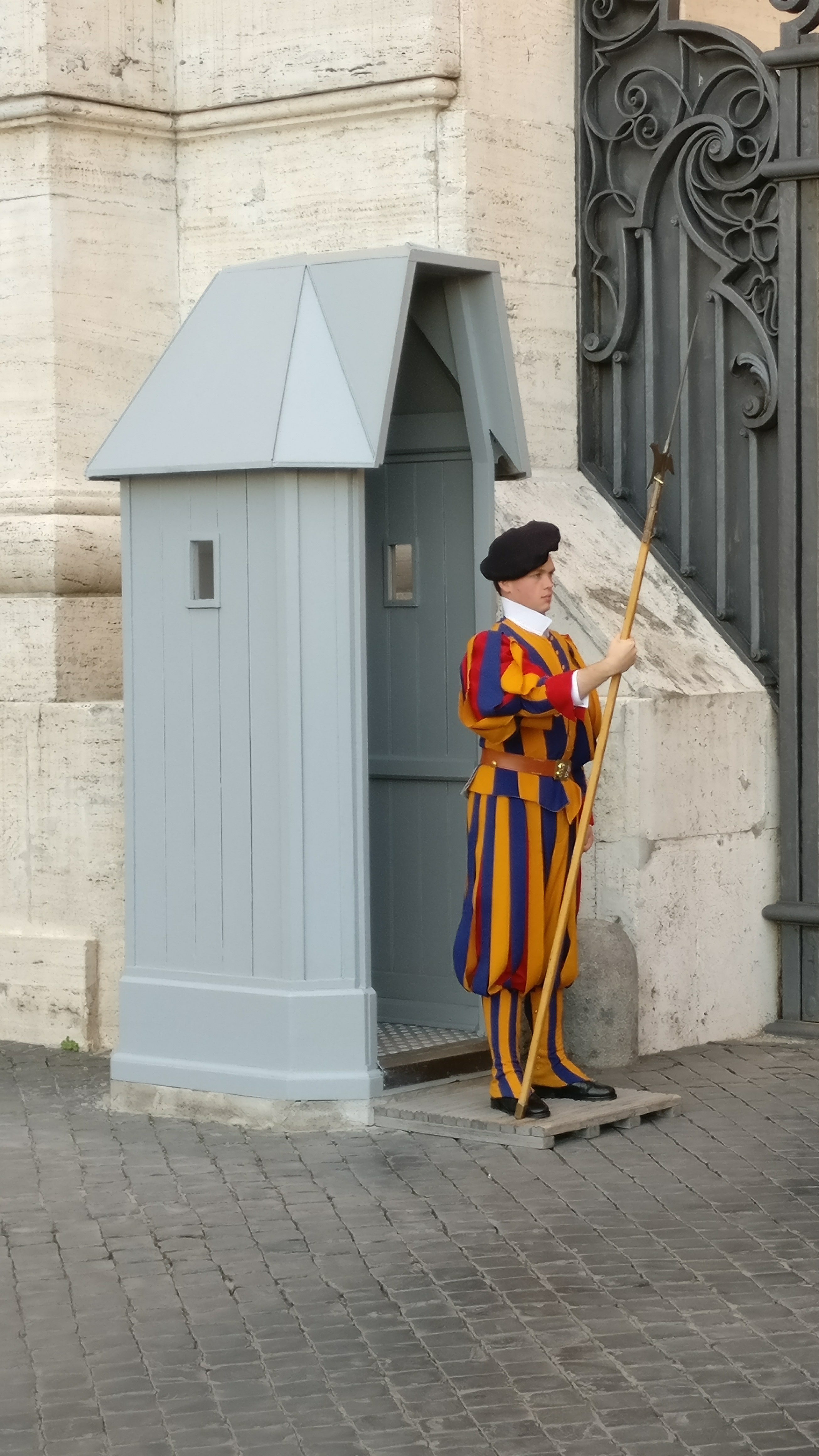 The Swiss guard of the Vatican are famous world wide and to this day you can see a couple members upon departing the basilica. They try not to move or laugh though sometimes they seem to struggle. However their clothing is beautifully bright and it is worth a quick picture. 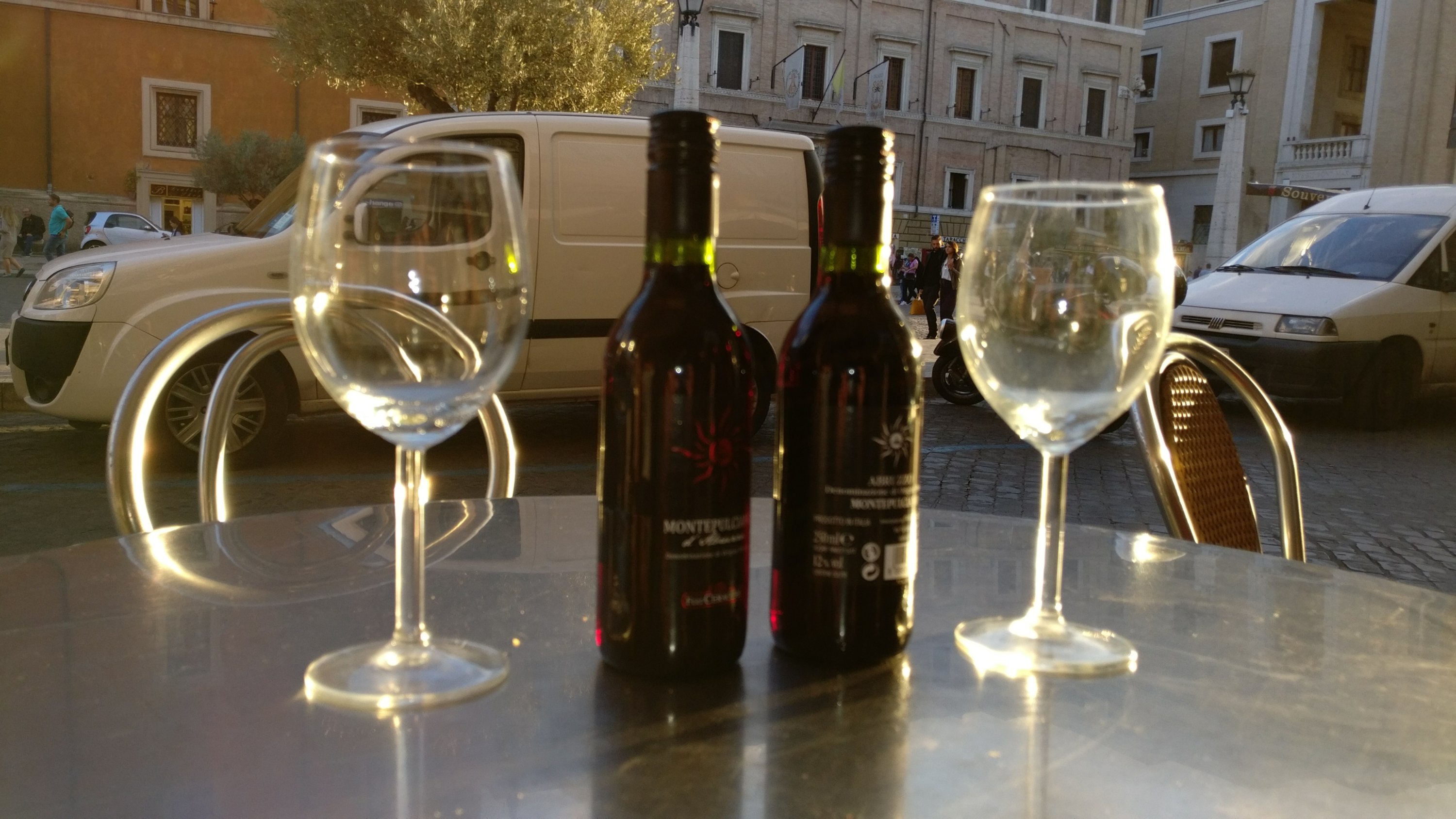 After many hours destroying the soles of our shoes and feet, a well deserved sit down and glass of wine was consumed at a self service cafe just outside the boundary of the Vatican State. Montepulciano d’Abruzzo. Our favourite. 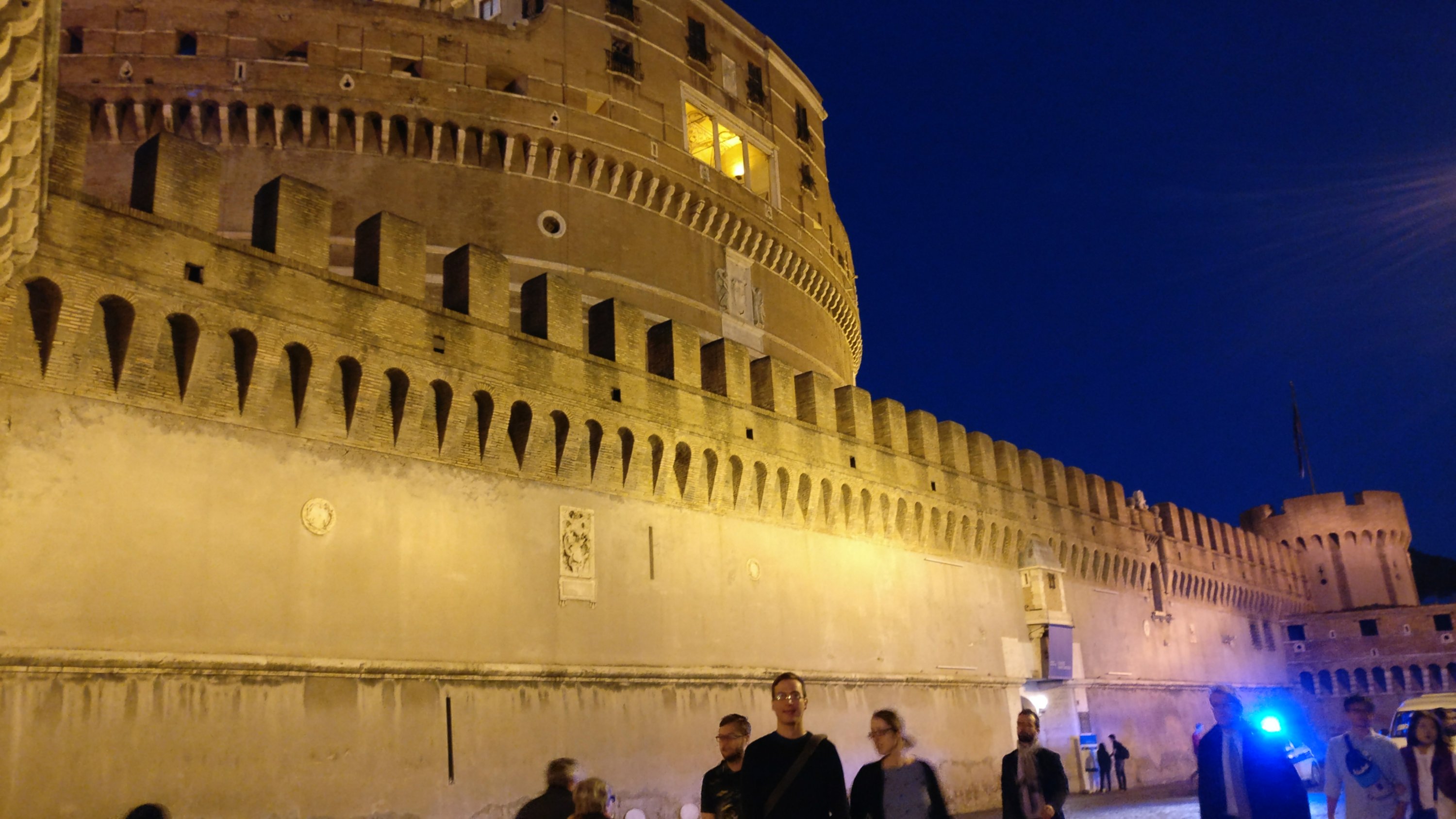 Unfortunately we had run out of time to visit the castle. But it still stood proud lit up at night. Instead we wandered towards the main city across the ponte dell sant Angelo and found a cute restaurant “Il Fico” just moments before the Piazza Navona. 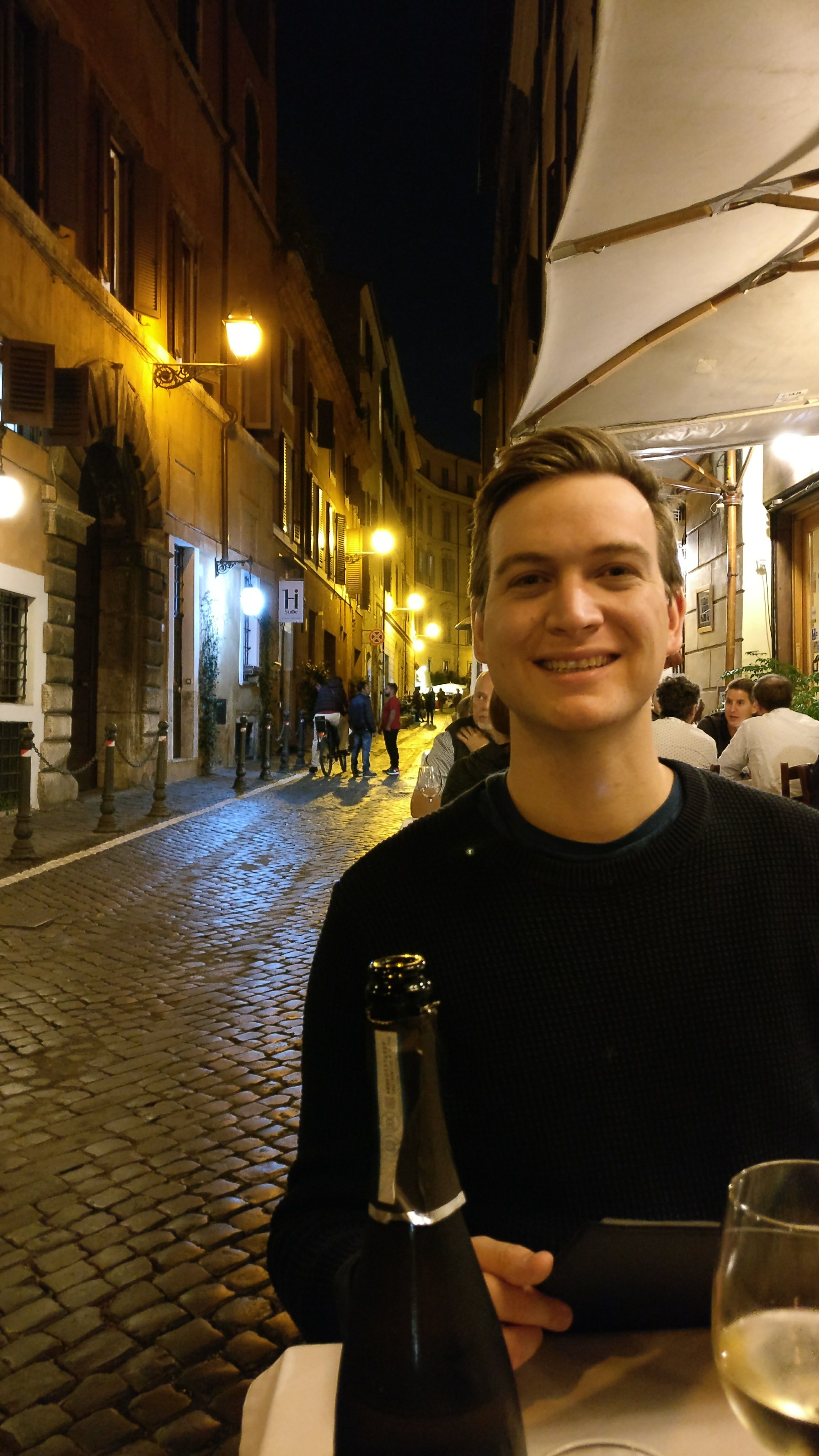 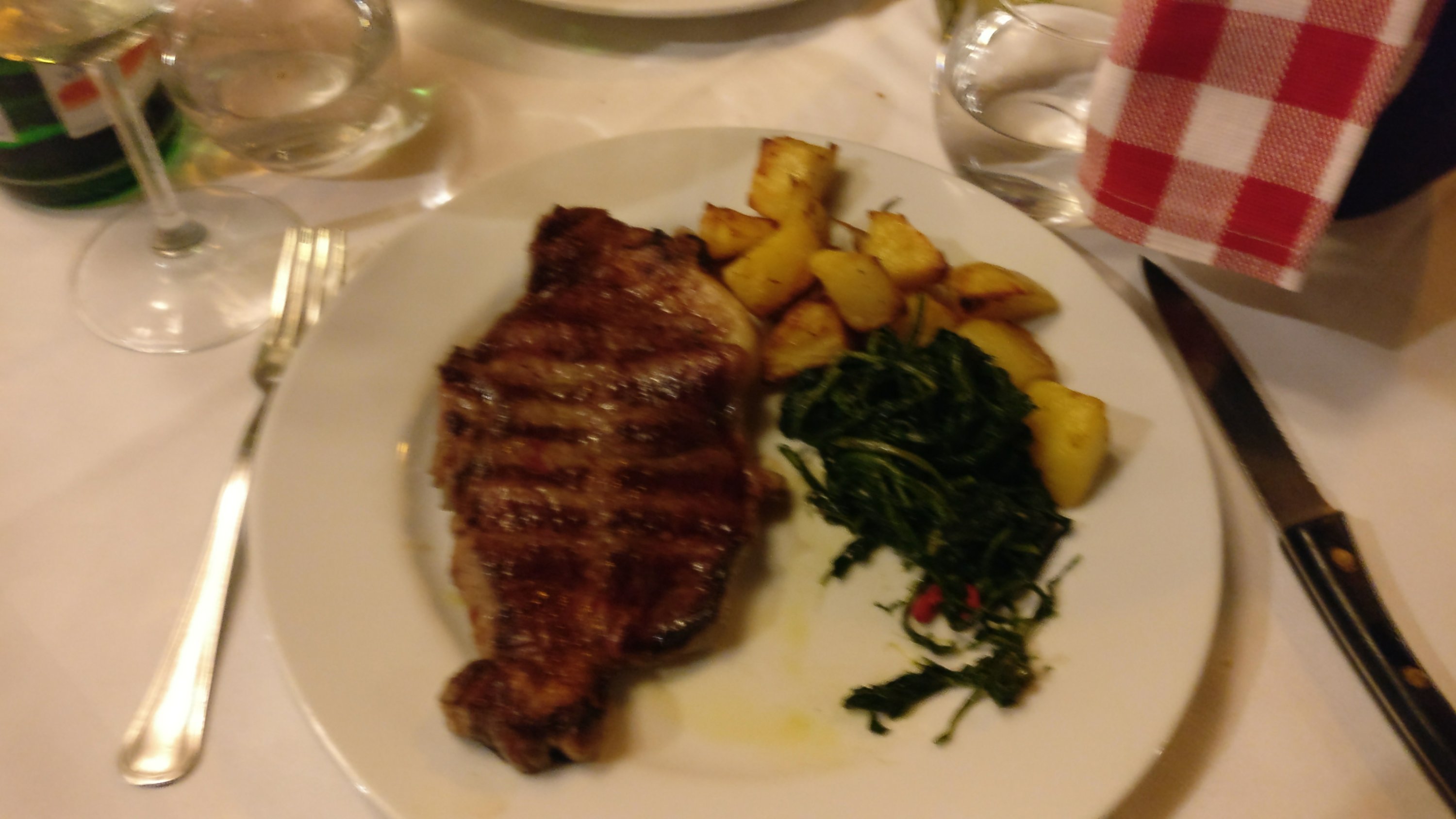 The steaks were superb and cooked to perfection nicely accompanied by a bottle of prosecco to keep us going. As well the starter I ate was an egg in pecorino with truffle. It was extremely tasty and I had to use bread to wipe off the last residue on my plate. 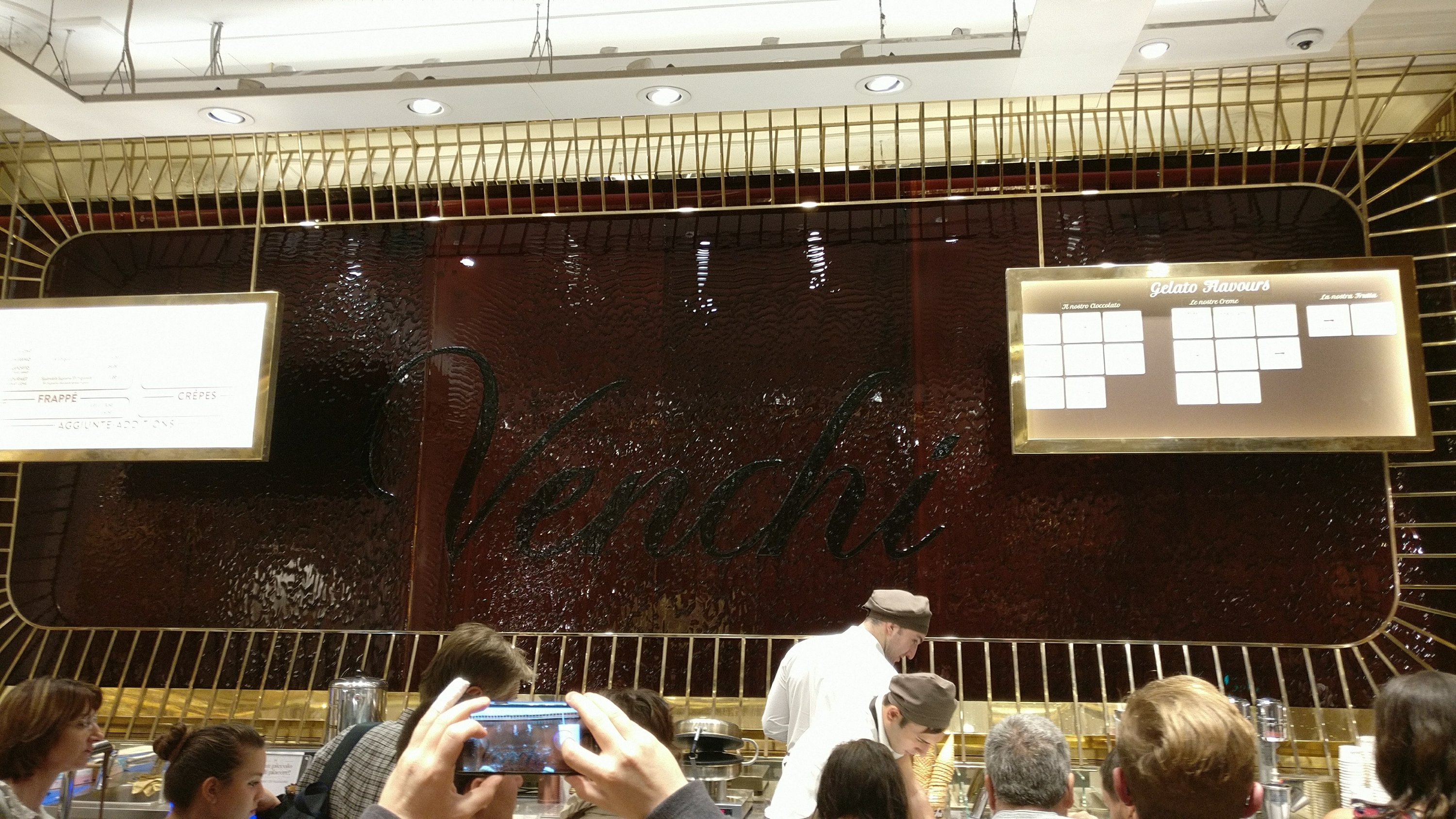 Passing by a chocolate shop with a chocolate fountain wall we meandered through the long and impressive Piazza Navona which is littered with street artists and men selling flying led helicopter toys, whizzing them up in the air I almost bought one. Until Jenny prohibited it. 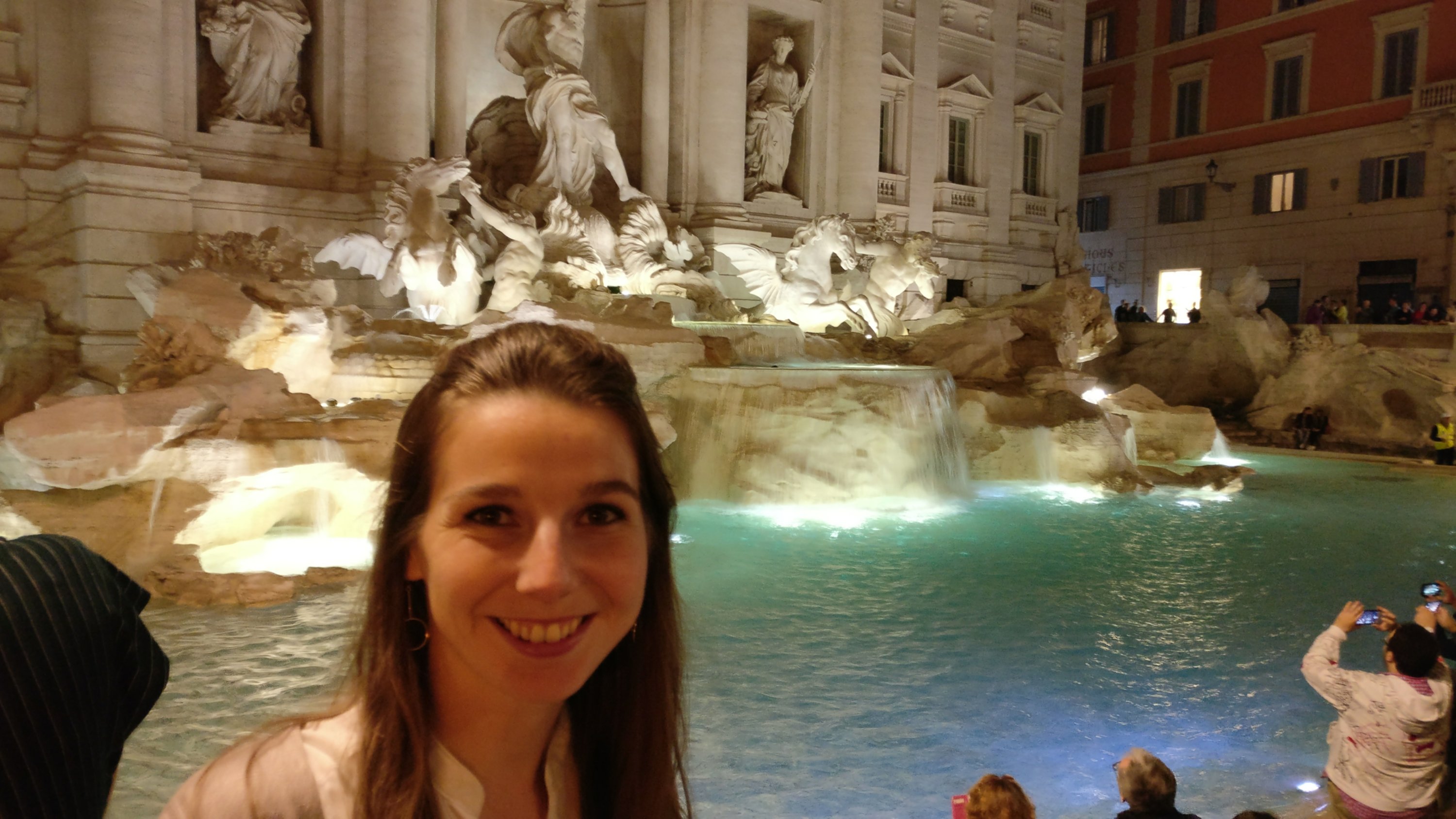 We arrived at one of the most romantic spots in Rome, the Trevi fountain, at night. It truly is a remarkable sight and is crowded by hundreds of like minded tourists throwing coins taking selfies and grabbing pictures. Of course we did the same and made a few wishes too. 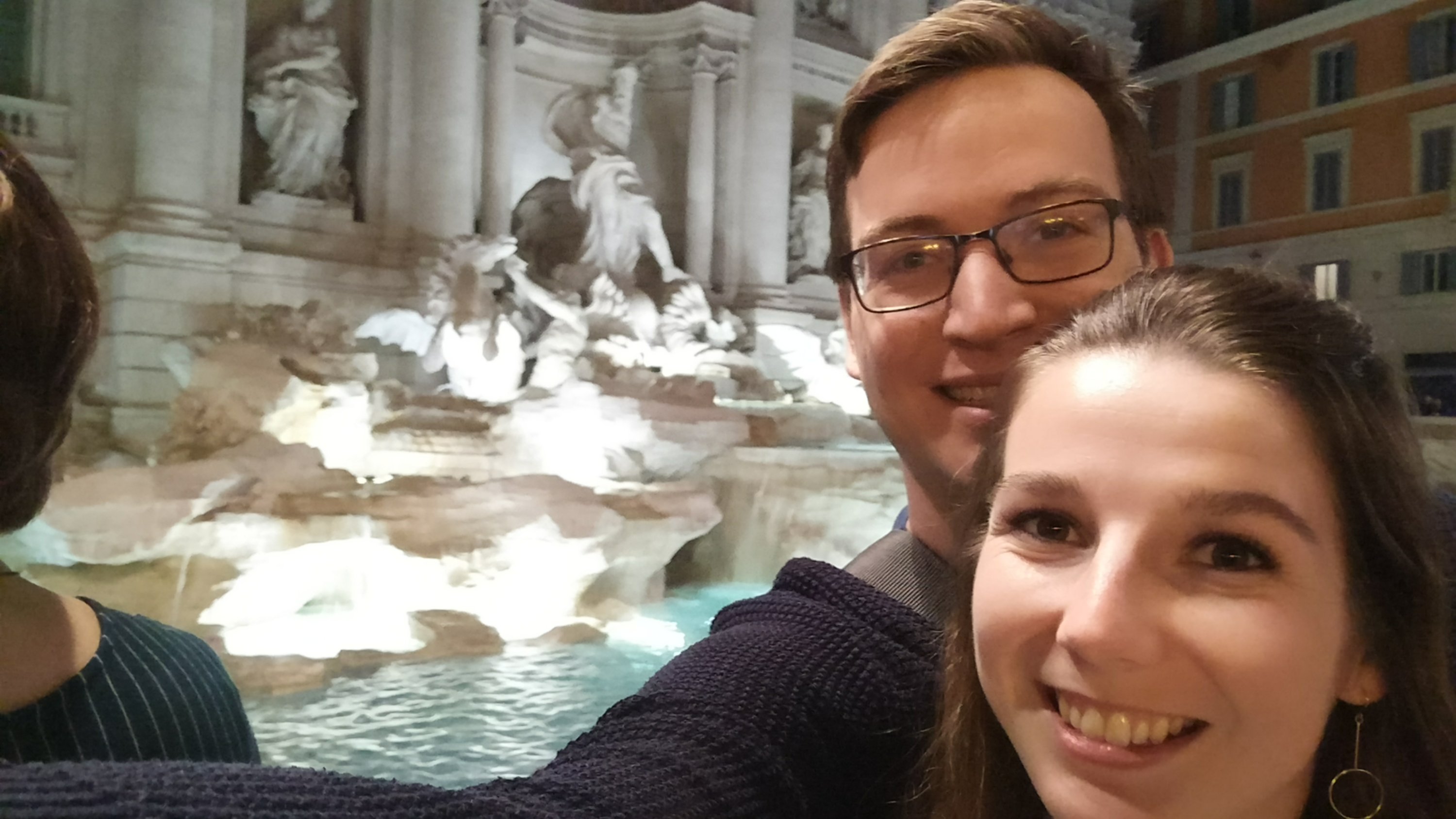 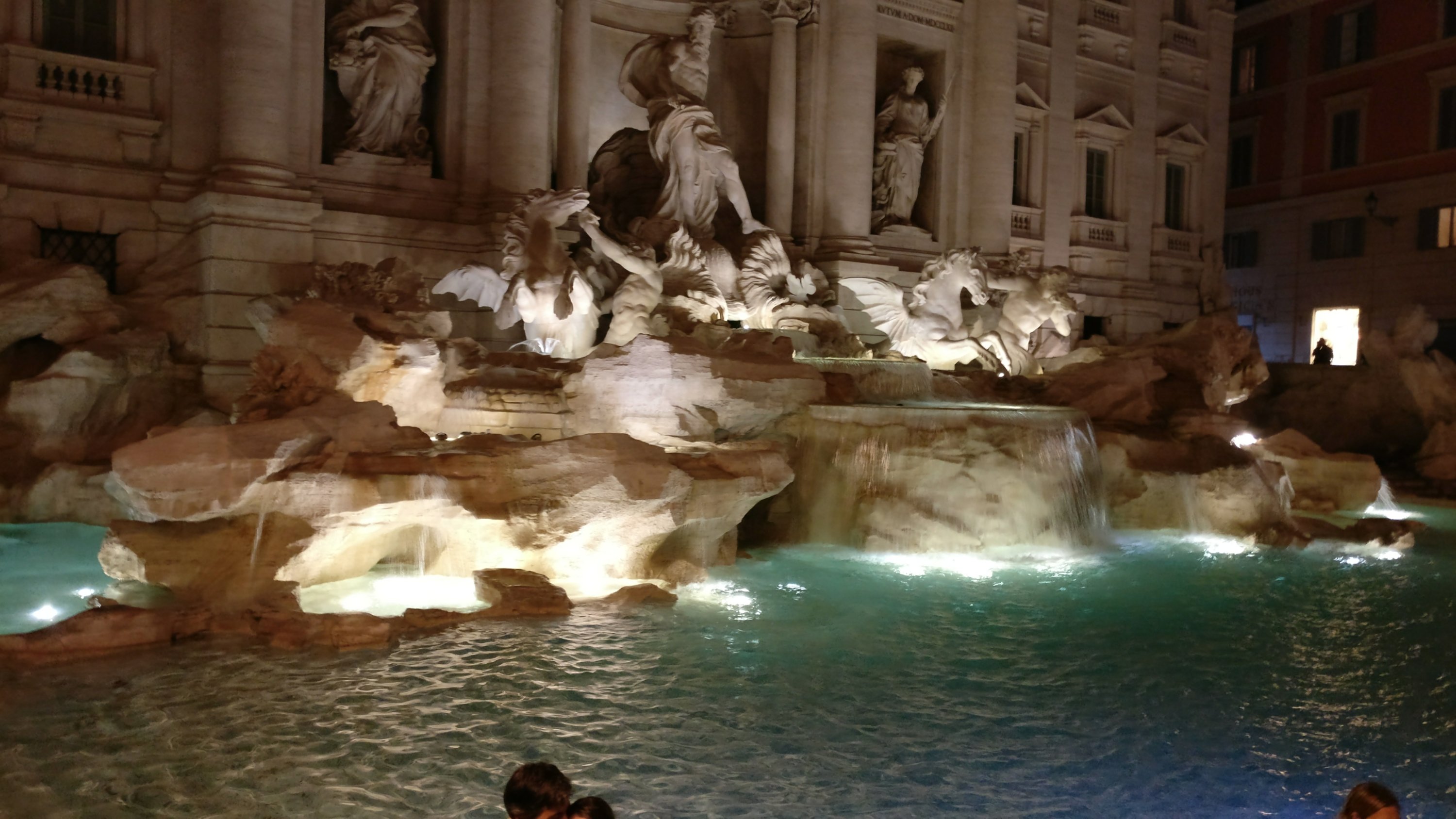 Another quick stop off for a mojito and a debate of the meaning of our lives later we ended up in a very loud and long cobbled tunnel on our journey home. Luckily we happened across a gelateria.

Jenny didn’t like the flavour choices she made (froyo made with pistachio and hazelnut and also coffee icecream) so tried to scoop one half off the cone. She ended up losing the whole ice-cream. That on top of my whole glass of spilled prosecco earlier made for a very clumsy night.

Rome is a beautiful and romantic city but it is more enjoyable to spend time wandering, drinking eating and chatting than standing in a queue of 1000s of tourists.