Most people don’t seem to know where Montenegro is, or confuse it with Moldova, Monaco or other countries starting with an “m”. Indeed Montenegro is a relatively new country, gaining independence from Serbia for the first time since World War I. Bordering Croatia, Bosnia, Serbia, Kosovo and Albania; it is located in the Balkans and looks across the Mediterranean to the east coast of Italy. 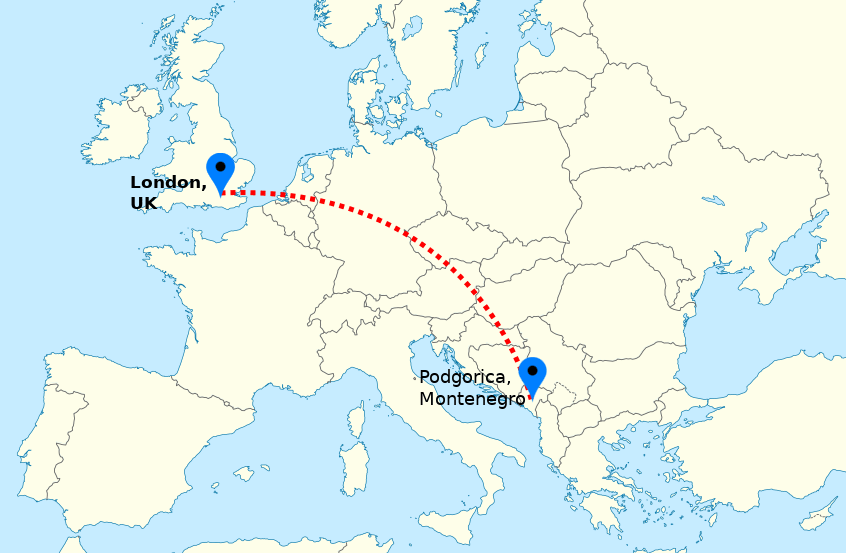 The flight is relatively painless, except for the price and flying with RyanAir and takes just over two hours which conveniently leaves enough time for us to watch a movie on our tablet. The airport itself is small but clean and seems quite new. A man with an Alamo sign greeted us and took us to our car in the car park. It turns out that Alamo don’ have an office or desk in the building, but the system works relatively well.

The roads in Montenegro are generally only one lane, which is not an issue as there are very few cars on them and the signage is very easy to follow, that we didn’t need to make use of any satellite navigation. The route itself to Kolasin is amazing, and we immediately knew we ewre going to love being in Montenegro, one lane winding up the steep gorge with a sheer drop on one side and a steep cliff on the other. The weather was leaving a little to be desired, but this added to the experience, as we plunged in and out of tunnels carved out of the rock with no lights or concrete covering where water poured down in waterfalls onto the road below.

We arrived just as it got dark and pulled up to Chalet Kolasin. This is an absolutely lovely building, which seems to be relatively newly built, the owner is a lovely man who met us at the front of the building and showed us to our chalet style room, gave us some recommendations for restaurants and told us how to get around. 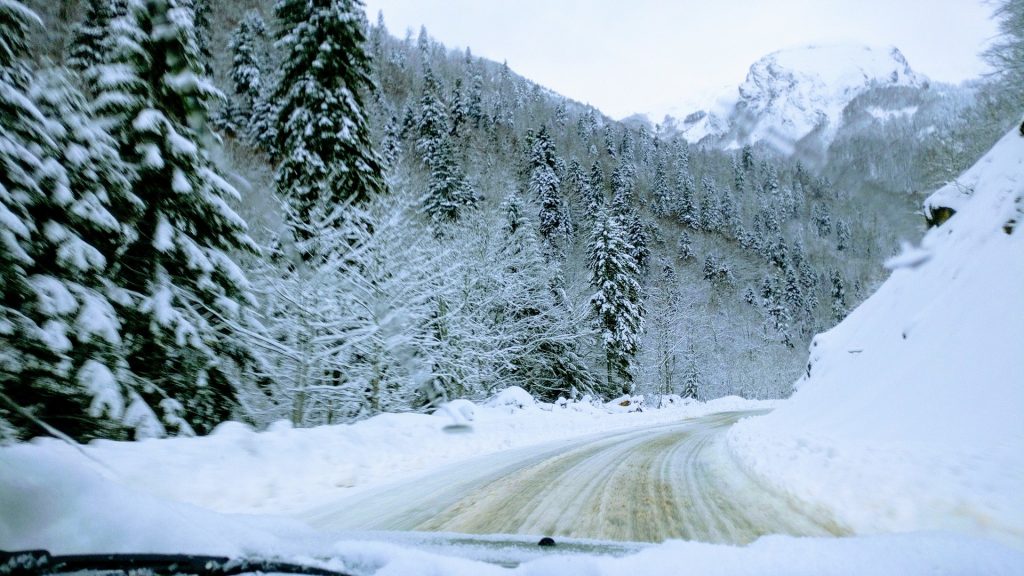 The drive to the ski-area is very straightforward and you follow one road the whole way meeting very few other drivers on the way. The conditions on the first day were not that good, it was snowing and icy and there had been little cleared off to the sides but as the days went on the road was very clear and easily passable, though the car park was quite muddy and icy so I am glad I had a 4WD.

The system to hire equipment and buy ski passes was a little confusing, we approached two desks each time being told it was the wrong one, but not saying which was the correct one, but eventually we got ourselves sorted. This is the only negative about the ski-area, the equipment is in very bad condition. My boots had no insoles and the skis were very damaged on the surfaces with a large amount of material having been scraped away, but the whole affair was cheap coming in at around EUR150 or £130.

The ski-area itself is a little limited. They claim to have 7 lifts, but in reality there are only 3 proper lifts other than the ones used to learn to ski. One of these lifts was closed the whole time we were there and one was extremely slow and uncomfortable, this really only left one viable lift. Therefore we just pottered up and down a few times, choosing slightly different routes each time, trying out by the end of the week every different run at least once. Three days skiing at this resort is absolutely plenty, until the new lift opens next year.

Food at the resort for lunch was more expensive than the surrounding area, but we managed to each burger and chips or pork and potatoes with a few drinks each for less than £25 a day.

Food options in the town of Kolasin were fairly limited and seemed to be predominantly focused on traditional Montenegrin food of potatoes, cream and cheese in a big dish – Kačamak. Also no restaurant ever had more than one table of service in addition to ourselves, which was unusual.

The restaurant “Konoba” on the main square of Kolasin is decorated in a very quaint and charming way, and the food was ok but we wouldn’t recommend the wine. On the completely other end of the wine and food scale was the main recommendation from our hotellier – Vodenica. It was only around the corner from our hotel in an Old mill house with beautiful old fashioned decor and a pleasant atmosphere. As always the portions were huge but extremely tasty and the wine was also delicious. This was all perfect for us as we celebrated 6 months of being married.

All these meals added up to around £250, which wasn’t too bad. And we ate breakfast in our hotel room, so the supermarket bills were only around EUR35. 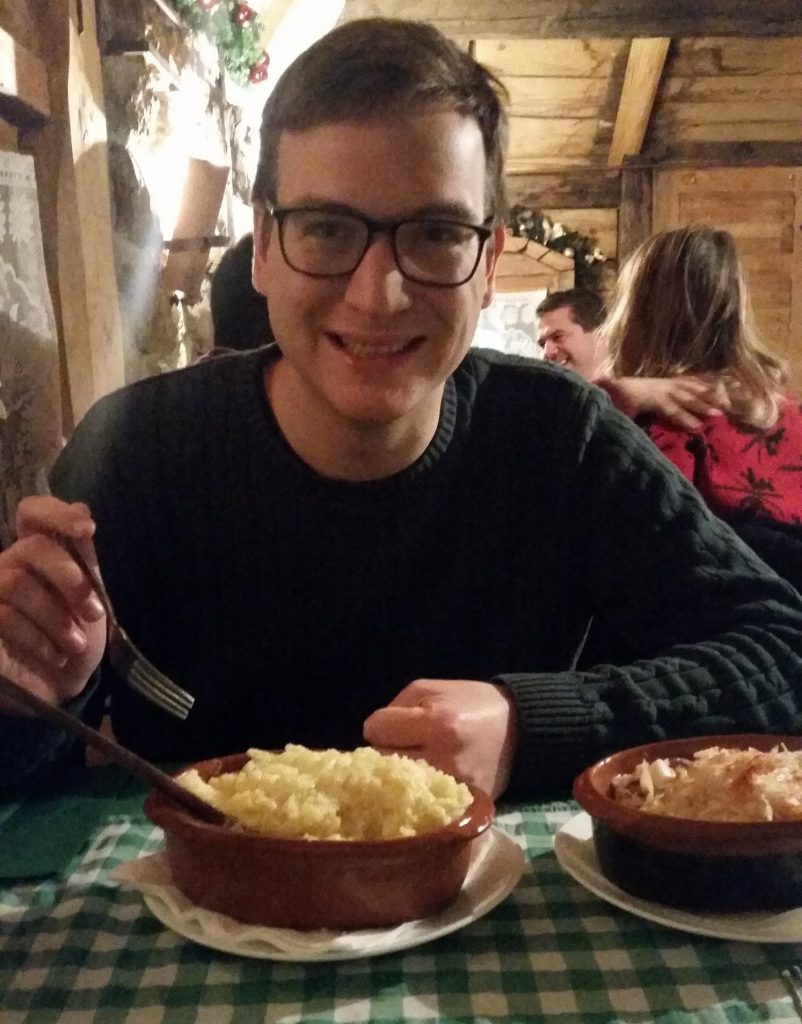 Not as common in Europe as it is in the USA is a post ski jacuzzi dip and relaxation, so we hunted out and found that the four seasons hotel allows external persons to come and use the spa for EUR10. It was just around the corner and Jenny even additionally had a massage for an additional EUR 25.

Also there is Nordic skiing available in Kolasin:1450 and snowmobile hire too, though we did not try any of this ourselves.